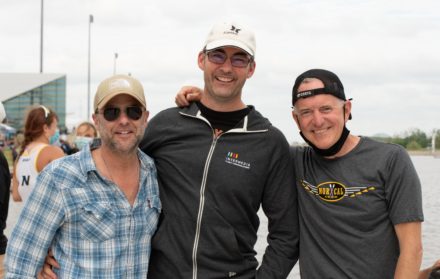 While Norcal is directed by the Executive Director, the Board of Directors provides oversight and governance for the club. The board is made up of A-Level Directors and B-level directors. The A-level members are not parents of current rowers and bring expertise in rowing and long-term direction to Norcal. The B-level members are parents who form the volunteering backbone of our organization. Please contact the Board members with your questions and concerns by sending an email.

Marc works on mapping and location-based services at Facebook. He is also a founding board member of Able Works, a non-profit working on economic development and poverty mitigation issues in East Palo Alto. He is the father of a former Norcal rower. He currently serves as the Board Chair.

Sheila is a former coxswain for UCLA Men’s Crew and Harvard Business School Crew, as well as a USRowing, NCAA, and FISA rowing referee with over three decades of experience. Sheila hasheld executive marketing positions at Autodesk and Intuit. Sheila is excited to be involved with Norcal and help the development of junior rowing in the region; she has always supported youth rowing as she believes it embodies the true spirit of the sport: enthusiasm, passion, and dedication.

Eric with his wife Kimberly live in Woodside and have been associated with Norcal as parents since 2008. Their daughter, Makayla is a graduate of Boston University where she was a member of the lightweight women’s varsity team. Makayla and her partner Katie Kelly enjoyed great success at Norcal, winning a national championship for rowing doubles. Eric has been in technology over the last 25 years in the Bay Area and contributed to the success of several mainstream technology firms, as well as to pre-public firms over the years.

Michael and his wife, Alexandra, live in San Mateo with their three teenagers, including daughter Emily who discovered her passion for rowing at Norcal with much success. She is continued her rowing career in college at the University of Pennsylvania. Michael has been a dedicated advocate for youth sports for many years not only as a coach but most recently in the successful pursuits of expanding opportunities and development of athletic facilities for youth. Michael has worked in the technology sector in Silicon Valley for over 20 years in senior finance roles at multiple private and public companies, including Macromedia and Telenav.

Melissa Chun is a former assistant coach at Jack London Aquatic Center and cox at UC Berkeley. Melissa has been a US Rowing referee for seven years and is the winner of the Mama Z national refereeing award. Melissa is the associate director of Sales and Product Development at Viscira. Melissa currently serves as the Board Secretary.

Jordan manages a Program Management Team at Facebook. She has rowed in a top collegiate program at UC Berkeley as well as at Lake Merritt Rowing Club and has coached at the junior, master, and collegiate levels at Jack London Aquatic Center, East Bay Rowing Club, and Hamilton College.  Jordan lives in Alameda with her husband, two girls (ages 5 and 7).

Marianne is the Parent of both a male and Female athlete rowing for Norcal.  Marianne rowed in college and is a great asset to our team and board with an athlete and parent perspective about rowing.

Judy is a parent of a female athlete at Norcal.  She is a great resource for our board and has helped us implement long term strategies.

Nat is a parent of male athlete.  Nat Rowed at Dartmouth in college and he rowed in high school at Pacific Rowing Club in San Francisco. He brings a well rounded approach to the board.

Mike is a parent of a male athlete and looks forward to building up the team for future success.